This could be anyone’s reaction on the 13th of December in Sweden. You wonder why?

On that day it is Saint Lucia’s day in Sweden, a saint who is said to come from Sicily bringing the light into the darkness in Sweden. In Sweden then, many cities, schools and universities have Lucia parades, where there is one girl with candles on her head, and accompanying girls who hold candles, and boys with stars on their hats. Super cozy! On Sunday, Stämpus, the student choir of Campus Helsingborg were the Lucia parade in a church service in Helsingborg (even though it was 3 days after Lucia), where they sang the traditional Lucia song as well as other Christmas songs. It was so beautiful!! 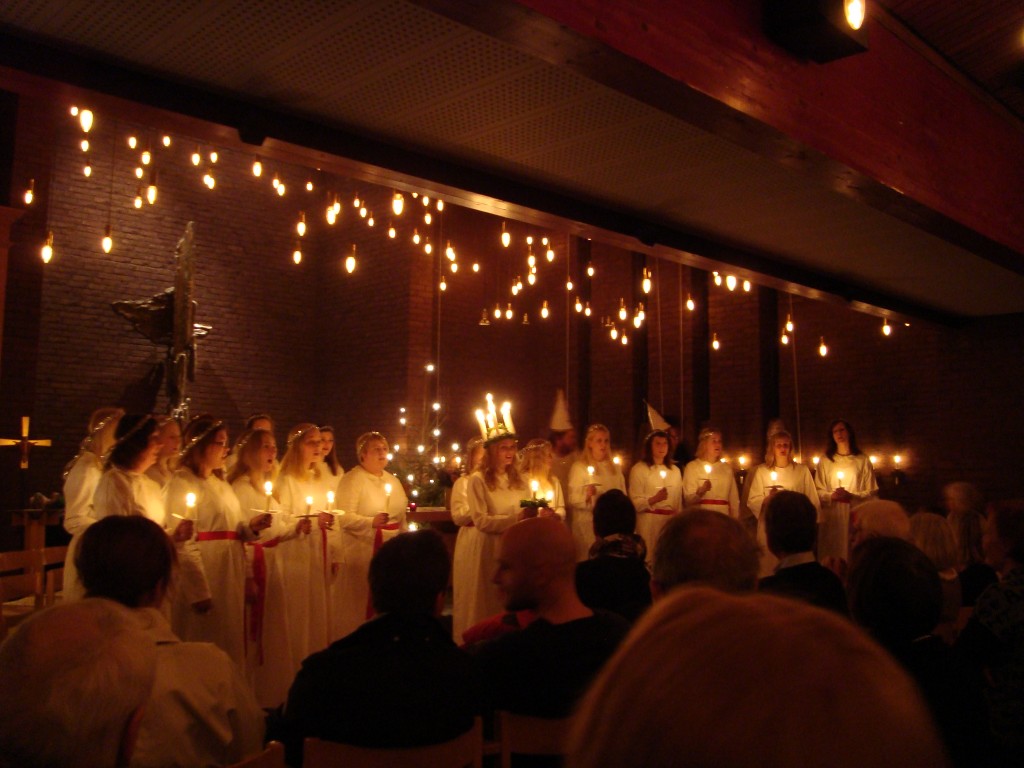 On this day you also traditionally eat “Lussekatter”, a bun made with saffron. If you are in Sweden around Christmas time, you should try to eat one – they are delicious! Otherwise you can bake them yourself (just google for a recipe).

I have never experienced this celebration in any other country than Sweden, but it might be common in the whole of Scandinavia. Traditionally the chosen Lucia had to be blonde and she would have real candles in her hair. Nowadays though it is quite normal to be less discriminating and to choose a Lucia with brown hair as well. Plus there is even electric “candles” available. I however like the traditional style, like Stämpus did it as well. But their Lucia looked a bit unhappy in the end and she actually had wax in her hair. So maybe even though it is such an honour to be Lucia, it might not be the most pleasant job 😛

Here you can view a long video of the Lucia celebration in Uppsala. Soon it is Christmas and I will write more about Swedish Christmas traditions then! So make sure to stop by again if you would like to read some fun things 🙂

This is me and “my” star boy, who was also singing on Sunday 🙂